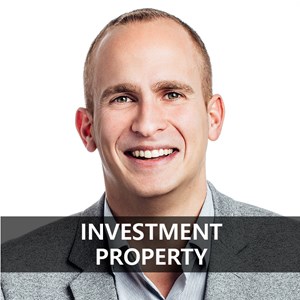 For nearly a decade, Deorio has served as a principal and consultant for a variety of real estate investment and finance companies, including The Deorio Group, PierFund, West Realty Advisors, LLC and Canter Companies. In all, he has deployed in excess of $1 billion across multiple markets and asset classes, for both institutional and private capital partners.

In 2019, Deorio served as the President of the Alameda/Contra Costa Counties Chapter of the National Association of Residential Property Managers (NARPM), where he furthered the interests of San Francisco Bay Area property managers, owners and investors.

A Denver, CO native, Deorio received a Bachelor’s of Business Administration from the University of San Diego and a Certificate in Hotel Real Estate Investment & Asset Management from Cornell University.

Deorio hails from a long line of Italian immigrant stone masons-turned-entrepreneurs, all of whom share a deep passion for real estate. In fact, many of Deorio’s relatives are involved in real estate in one way or another.

Although Deorio’s distinguished career has been fulfilling, his greatest pride and purpose in life are his two children – Avia and Vincent – and his wife, Stefanie. Deorio is committed to giving back to the communities in which he resides through mentorship and volunteer work. For the past 10 years, he has been a Big Brother/Mentor for Big Brothers-Big Sisters of America. He has also spent time building houses for the East Bay chapter of Habitat for Humanity.